Happy Easter. Today, my family joyfully celebrates a wonder among wonders. I hope you too find the same joy. That chill let slip
its long fingers,
cowered against

the cold stone
as a trembling child,
its eyes clasped shut,
turned toward the tomb’s

cool floor…
for the Light, the terrible,
wonderful Light.

I’ve always been fascinated by Christ’s humanity, and grateful for it. God in the flesh. Here I try to capture an instant of that humanity.

Blood trickled
over his brow,
dripping

on his cheek;
an odd drop clung
to a whisker

as a bead of dew
to a blade of grass
and his face began to itch.

While on parking duty at Highlands Bible Church… 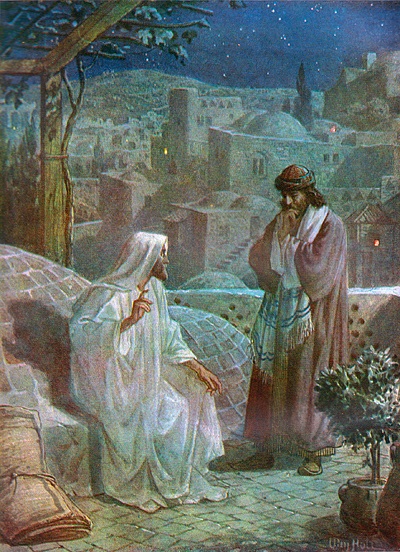 1 There was a man of the Pharisees,
named Nicodemus, a ruler of the Jews:
2 The same came to Jesus by night, […]

The others slept.
Jesus gathered brittle branches,
mustard and olive,

for the fire, its red bloom
slowly folding,
sinking into earth.

He broke fists of bread
into small pieces,
laying each on a stone

sharp with the fire’s heat.
A small skin of wine rested
in the shadows behind him.

Better to keep it cool,
wrapped in night’s chill.
He smiled

and Nicodemus
stepped from the darkness.

Not sure enough about this one. We’ll see how it reads.

When [Jesus] had thus spoken, he spat on the ground,
and made clay of the spittle, and he anointed
the eyes of the blind man with the clay, […]

The clay – soft, warm,
scents of earth:
stone and root.

Can this be healing?
A wind, a burning,
these eyes burning.

And then the light,
such blinding light.

Death, in a moment
between moments,
withdraws from the tomb,

as smoke from a wind,
bowing its head
behind the shadows,

burying its face
in the dark, humbled,
shivering before its King. Now when the centurion, and they that were with him,
watching Jesus, saw the earthquake, and those things
that were done, they feared greatly, saying,
Truly this was the Son of God.

A soldier raises his hand
to touch the wind,
the air that sweeps

to catch a dollop of blood
fallen from the jew’s feet,
lay it on the earth beneath

the cross as a mother cradles
her child, lays him softly
on a swaddle of cloth and warmth.

Perhaps this is a new project for me – a series of poems based on individual verses of scripture. Just a thought. Maybe, it will develop into something more. We’ll see. 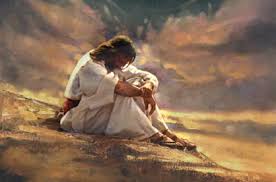 And it came to pass afterward,
that he went throughout every city and village […]

He shields his eyes
against a wind flecked
with sand, stumbles

toward the shade splayed
beneath a crooked tree,
sancutary from an afternoon’s heat,

where he sits, removes a stone,
a small biting tooth, jagged
and hungry, from his sandal. 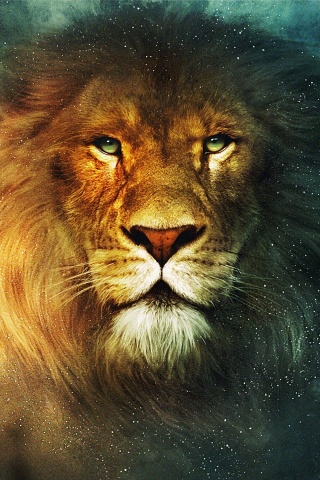 Aslan is the main character of C. S. Lewis’s The Chronicles of Narnia series

“As he appears in Narnia, Aslan is a large, talking lion, who is terrifying, magnificent and beautiful all at once. He appears in different sizes to different people, although he himself never changes; as people grow in wisdom and character, they can perceive more of his greatness. Aslan is very wise, and a powerful force for good, but as Narnians often say, “He’s not a tame lion.” He is dangerous, and an unconquerable enemy, but he is unquestionably good.”

Aslan, due to my faith and my relationship with Christ, is, by far, my favorite fictional character.

Hearing its call for help,
the great lion bowed

his head, allowing
the butterfly, as bright

as hope, to rest
atop his mane

as he softly spoke
the tired creature’s name.

In response to The Daily Post’s writing prompt: “The Interview.” 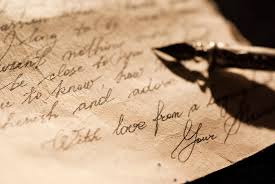 I enjoy my electronic gadgets. They help me write. Still, I find it necessary to put pen and pencil to paper. It literally and figuratively connects me both to the page and to the writers, my heroes, of centuries past,

I keep four journals. In one, I write my son a letter each day. In another, I write my daughter a letter. Someday, I’ll give these journals (now many, many volumes long) to each of my children. Hopefully, it will bring them a bit of joy.

In a third journal, I get creative. I write snippets of tales, adventures, quests, etc. Many of the pieces born in that journal find their way to this blog and are developed into more solidified blocks of writing.

Additionally, I keep a journal in which I write Jesus, my Saviour, a letter everyday. I praise Him. I talk with Him. I ask Him for help. It’s simply a rewarding way for me to fellowship with Him.

Finally, I hand write most of my correspondence and I seek people who will respond to me in kind. I decorate my letters with sketches. I also include a poem or two related to the letter’s focus. I find it all a joy.

In response to The Daily Post’s writing prompt: “Pens and Pencils.”