I was able to get out in my kayak today.

The following is written in response to a WordPress Daily Writing Prompt. The prompt reads, “You can singlehandedly create a causal relation between two things that are currently unconnected — a word and an emotion, a song and an extreme weather event, wearing a certain color and winning the lottery. What cause would you link to what effect, and why?”

Death in the Family

burdens the tree, so its limbs
crick lower and lower

until its crooked fingers
scrape the kitchen window,

cold and swirled with frost. The scratch
troubles the dog so it cowers

beneath the bed, below the side
where you once slept, the side

where I would reach for each morning
to touch your skin, so smooth and warm.

In response to The Daily Post’s writing prompt: “Cause, Meet Effect.”

In response to The Daily Post’s writing prompt: “Feeling Fancy.” 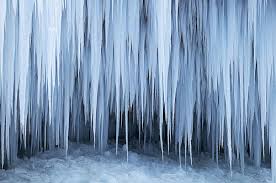 We harvested the gutter’s
icicles, each one hanging
from the house, clubbing
them with broom sticks
and baseball bats until
they shattered, caught
the sun: a mouthful
of sliver teeth
in the snow.

This week’s WordPress Photo Challenge reads, “This week, explore the ways lines and shapes can converge in interesting ways through photography. You can take the theme in a literal or an abstract direction, as you see fit — from a photo of a byroad merging into a busy highway to an image of an airport terminal where people from all over the world form hectic, ephemeral communities.”

Like a wolf, the snow comes, softly, gracefully – yet, with a fang and bite that shatters bravery and bone. 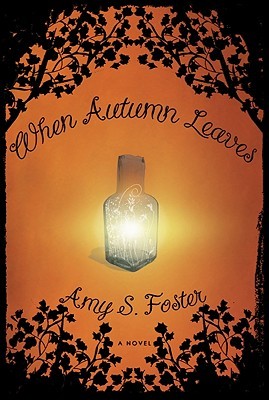 This week’s WordPress Photo Challenge is titled Cover Art. The challenge reads, “Abbey Road. American Beauty. Steve McCurry’s “Afghan Girl.” A General Theory of Love. These are just a few famous examples of cover art that uses photography to convey a mood and to suggest what we might find in the work itself. They have a quality that echoes a particular character of their respective subject matter, an essence that words fail to capture with simplicity.

For this week’s Photo Challenge, stimulate your creative process and imagine which of your images you would like to see gracing the cover of a book, an album, or a magazine. Would the image inspire us to take a peek through the pages, listen to the music, or buy a ticket to the show? Would it strike a chord with viewers, making them reflect on or revisit memories of places, people, and experiences?”

I chose a photo I took last week to represent, or be the cover art, of a novel titled When Autumn Leaves. It’s written by Amy S. Foster. Here’s a book description I borrowed from Goodreads.

“In Avening, a tiny town on the Pacific coast, it’s hard not to believe in magic. This is a town where the shoes in the window always fit, where you can buy a love potion at the corner shop, and where the woods at the outskirts of town just might be the door to another world. And, of course, there’s Autumn, Avening’s beloved resident witch. From what’s known of its mythical founding, Avening has always been a haven for people who are a little bit different, a place where they can come to discover what makes them so special.
When Autumn receives news that she’s been promoted to a higher coven, she also learns she has to replace herself. But who in Avening is in tune enough with her own personal magic to take over the huge responsibility of town witch? Autumn has a list of thirteen women and men who just might have what it takes-but how can she get them to open their eyes to the magic in their lives?

This endlessly surprising and heart-warming debut is the story of coming to terms with the magical things we take for granted every day-our friends, our community, and, most of all, ourselves.”

This week, WordPress tasked photographers to “play with light.”  So, I did. I lassoed a smidge of the sun and bound it to a rock below a tree. The captured light then illuminated the underside of the tree’s leaves.

Don’t worry, I set the sun free after I took this photo. Like it? Let me know.

I keep several journals. In one of them, I allow my imagination a bit of room, allow it to venture where it might. This is where it went a few days ago. These small bouts of adventure help me to keep this writer’s blood flowing.

The day is heavy. Yes, the sun shines, a great gem in the sky. The air dances with itself – the new cool of autumn with the last heat of summer. The leaves have lost their April green and begun to blush. Breathe it deep. Taste it. Fill your lungs and smile; yet, smiles dance with dark reflections. Frowns and sorrow sleep in the shadows between the trees. A day will come when each sorrow will wake and unfurl its wings. It is my task to prepare for that day, to slay the dragons of shadow and sorrow. Yes, this day, today, is heavy.

This week’s WordPress Photo Challenge is titled Dreamy. The challenge reads, in part, “A misty morning, your handsome spouse, your grandmother’s house that’s also your elementary school and the Eiffel Tower — this week, show us something dreamy.” I snap the photo posted here earlier today. The sky, blue as the ocean, possesses a dreamy quality. And those tracks – where do they go? What’s around that bend?

The second photo is of the same tracks going the other way. Nice place to take a photo or two.

Often, especially during this time of year, I take to the woods. Stepping away for a time allows me to regroup. I can think and pray and imagine. In the woods, I find myself, Jesus, and now and then, a troll or two. (Those trolls help me write!!) I may walk for miles, but I always return refreshed and renewed.

Here are a few photos from some of my recent treks between the trees. The photo of the sign well fits this week’s WordPress Photo Challenge. The challenge is titled Signs. It reads “From the street signs we see on our commute to work each day to the vintage neon signs put to rest in an outdoor museum in Las Vegas, signs are functional, but can also be decorative. Signs can direct us where to go, but they’re also pieces of art, which reveal much about the time period and culture in which they were made.

For those of you who have a less literal approach to our photo challenges, a sign can also be a gesture or a cue. Something welcome. Or mysterious. Or even foreboding.”

Who’s up for a hike?