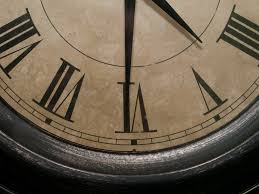 – most feel it’s waste of time: on line at Starbuck’s, in an uncomfortable chair at the dentist’s office, in the bleachers during your kid’s soccer practice. All tis a waste of time. But it’s not.

I’ve discovered and continue to discover that the odd intervals of slow time are vital to me. Each provide me with a small oasis of thought, a brief Eden when I can create, imagine, wonder, ponder, and explore.

Often, at my son’s karate practice, I write. I add to my novel. I record a journal entry. Sometimes, I even create a blog post. Sitting in commuter traffic, I escape by allowing my imagination to step ahead for me. I grapple with goblins who camp within the wood to the right of the roa

d or play chess with a kindly troll who generally prefers solitude, but will open his oaken door to me.

The poet William Blake “focused his creative efforts beyond the five senses, for, If the doors of perception were cleansed every thing would appear to man as it is, infinite. For man has closed himself up, till he sees all things thro’ narrow chinks of his cavern.—from The Marriage of Heaven and Hell written between 1790-93.”

“Young William was prone to fantastic visions, including seeing God, and angels in a tree. He would later claim that he had regular conversations with his deceased brother Robert. It was soon apparent that Blake’s internal world of imagination would be a prime motivator throughout his life.”

Today, look out a window and let your mind wander. Cleanse your doors of perceptions. Just wait. You may discover some magic.